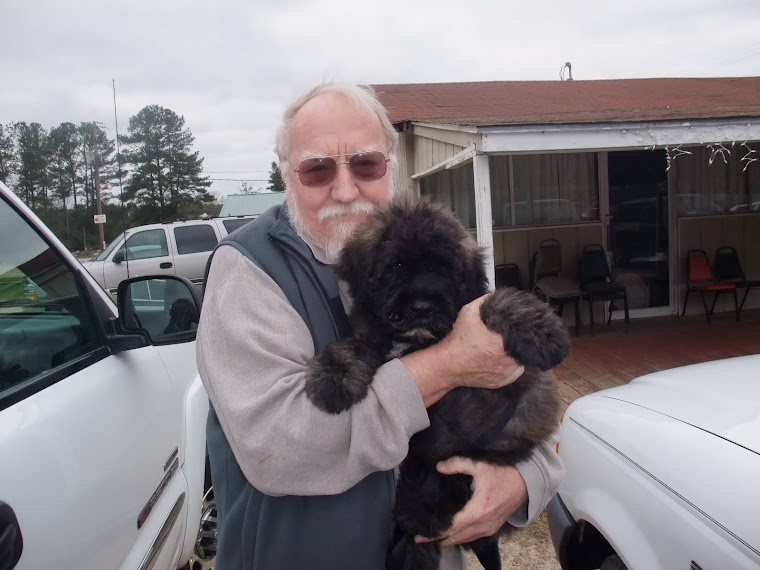 Mom and Dad went to an estate sale first thing this morning, since they were going to the Farmer's Market afterwards, they took me along.  But, they left me in the car, until I jumped out the window.  It was the back window, the one that only goes half way down.  Freedom was short lived, Dad told  me to sit, then put me back in the car, and raised the windows more.

I had a good time at the Farmer's Market, met people and other dogs.  Apple from Project Chance was there.  Ms. Christine, was there and Mom bought me some of her yummy treats.  She gave one to Apple's Foster Mom to give to Apple.

After the Farmer's Market we drove by main beach where the inaugural Great Southern Tailgate Cook-off was being held.  Boy, did it smell good.

Then on to the dog park, boy was I a klutz today, but I had fun, Brinkley and I ran and played.  Brinkley's picture was in the dog park newsletter this month.  Brinkley is not in this photo.  I did go into the pool to cool off. 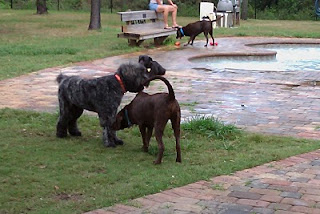 Then home to dry out, before going to class, today was the practice test for Canine Good Citizen test, I did OK, got a little mouthy in the Appearance and Grooming test and completely failed Staying In Place.  I have been rebellious with my stays all week.
Posted by Espy at 4:01 PM